What Is Failure to Promote?

What Is Failure to Promote?

Home » Blog » What Is Failure to Promote?

Refusing to promote an employee for an illegal reason is against the law. 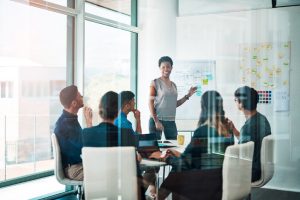 Mark has been working for his boss for 10 years. During that time, he has never gotten a promotion, while other, less qualified, employees are promoted time and time again. Mark is one of the few black employees at his company, and every promoted employee is white. Does Mark have a legal claim against his employer?

Depending on the facts of Mark’s case, he may have a claim for failure to promote. Under both California and federal law, refusing to promote an employee based on their membership in a protected class is illegal. Failure to promote is a form of discrimination, and is illegal when it is based on a person’s gender, race, color or national origin, ethnicity, religion, physical or mental disability, medical condition, age (if over 40), sexual orientation, gender identity or expression, ancestry, HIV/AIDS status, martial status, military or veteran status, political affiliation, status as a victim of domestic violence, stalking or sexual assault, or pregnancy. If your boss refuses to promote you, and you believe that it is because you are a member of one of these groups, you may be able to file a lawsuit against your employer with the help of a skilled California employment lawyer.

There are many legitimate reasons why an employer may not promote a particular employee. For example, the employee may not meet the qualifications for the job, or may have a poor performance record at their current position. These are all valid reasons to not promote a person to a higher level.

However, too often, employers use these reasons as a pretext for not promoting someone. In other words, the real reason that they did not promote a worker is discriminatory — but the reason that they gave is legitimate (on its face). An experienced California employment lawyer can help to unravel this type of claim in a number of ways, such as showing that this company has a history of never promoting certain employees who fall into a protected class, or that they have done other discriminatory things that demonstrate that their motive in not promoting a particular worker was discrimination. In the example above, where Mark was consistently overlooked for a promotion, his employer may claim that he hasn’t been promoted because he isn’t good at his job. A lawyer might examine the company’s history and show that a black employee has never been promoted — which can go to show that the real reason was discrimination.

Failure to promote claims must first be filed with the California Department of Fair Employment and Housing. This agency will examine the allegations and decide to either prosecute the case itself, or give the employee a “right to sue” letter, which allows them to pursue a lawsuit in court. This process can be complicated and requires meeting certain deadlines, so it is best to work with a California employment lawyer if you plan to file this type of claim.

The legal professionals of PLBSH are dedicated to helping employees fight back against all types of injustice. If you believe that you haven’t been promoted because of discrimination, we can help. Contact us today at (800) 435-7542 or info@plbsh.com to schedule a consultation.