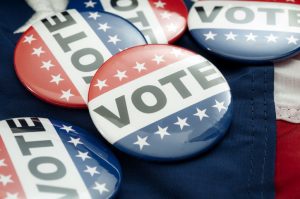 As in most election years, Californians will have an opportunity to vote on a number of ballot initiatives this year. These ballot initiatives are an important way for voters to have their voices heard. Yet often times, it can be confusing to figure out exactly what a ballot measure will do, who is behind these propositions, and whether you should vote yes or no on the measure.

This is the case with Proposition 16, a ballot measure that asks voters to respond “yes” or “no” to the question:

Should California and local government entities be allowed to consider diversity as a factor in public employment, education, and contracting decisions?

As a California employment discrimination attorney can explain, this measure is intended to reverse Prop 209, which generally banned public agencies from considering race, sex, color, ethnicity or national origin. Prop 209 was approved in 1996, and is widely considered to be a ban on affirmative action by public entities.

Prop 16 is on the November ballot because more than 2/3 of state lawmakers voted in favor of it. If it is approved by voters, then universities, government offices and other public entities could consider a person’s race, sex, color, national origin, or ethnicity in making hiring, spending and admissions decisions. The vote to put Prop 16 on the ballot was motivated by lawmakers’ recognition that racial inequalities persist in California. One of the primary reasons for the ballot measure is to ensure that Black, Latino and Native American students can access the University of California system. While Black and Latino students make up 60% of all high school students in California, in 2019, just 28% of all UC freshman admissions went to Black or Latino students. With Prop 16, the government would also be able to set goals and track how many contracts are awarded to businesses that are owned by women and minorities.

Prop 16 is supported by California Community Colleges, the University of California, California State University, the Los Angeles Area Chamber of Commerce, and Governor Newsom. It is opposed by Students for Fair Admissions, Californians for Equal Rights, the Chinese American Civic Action Alliance, and the California Republican Party.

The decision to vote “yes” or “no” on Prop 16 is a personal one. At PLBSH, we encourage you to thoroughly examine the issue, and then exercise your fundamental right to vote this fall.

If believe that you have been discriminated against in violation of California or federal law, we can help. Our team of experienced California employment discrimination attorneys is dedicated to helping people who face injustice in the workplace. Contact us today at (800) 435-7542 or info@plbsh.com to schedule a consultation.