What Types of Relief Are Available in Sexual Harassment Cases?

What Types of Relief Are Available in Sexual Harassment Cases?

Home » Blog » What Types of Relief Are Available in Sexual Harassment Cases? 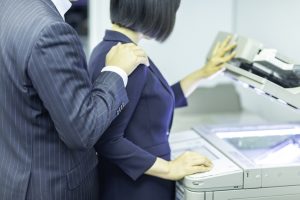 Although we are living in a post-#MeToo era, sexual harassment is unfortunately far too common in workplaces across the United States. For many employees — both female and male — sexual harassment is a reality of their job. This may include being subjected to crude sexual jokes at work, being propositioned by their coworkers or supervisors, or otherwise being harassed.

Federal law prohibits workplace sexual harassment and many other forms of discrimination at work, such as bias based on age or race. Under Title VII of the Civil Rights Act of 1964, a person who has been sexually harassed at work may be able to seek compensation for the damages that they suffered as a result. In addition, they a court may also grant an injunction to either stop the harasser or an employer from engaging in unlawful employment practices (such as harassment or permitting harassment) or to take affirmative action — like instituting policies to protect employees from sexual harassment.

According to a California employment lawyer, Title VII allows courts to not only award monetary damages to an employee who has been subjected to sexual harassment, but to order the respondent (typically the employer or the harasser) to either do something or refrain from doing something. This is known as an injunction. However, it is important to understand when and how injunctions can be used in sexual harassment cases.

As an initial matter, injunctions are meant to prevent future misconduct — not to punish past sexual harassment. This means that an employee generally must be able to prove that there is a real danger of this harassment happening again in order to be granted an injunction. A court will consider a number of factors in deciding whether to issue an injunction, such as whether it is likely that the employer or harasser will comply with the law and the type of violations in the case. Importantly, because the injunction is generally meant to protect the employee who has filed suit, she or he must typically still be working at the company in order to be granted an injunction.

There are many types of injunctions that can be ordered in a sexual harassment case. For example, a court may order an employer to develop and implement anti-harassment policies. Alternatively, a court may order employers to not hire anyone who had previously been found responsible for violations of Title VII. As a California employment lawyer can explain, there may be other types of injunctive relief available, such as installing security cameras or not changing an employee’s schedule.

Cases involving sexual harassment can be incredibly complex, particularly if you are still employed at the company where the harassment occurred. That is why it is vital to work with an experienced California employment lawyer who understands the law and how to advocate for your interests. This may mean seeking monetary damages, an injunction, or a combination of the two to protect you.

At PLBSH, our team of skilled attorneys has more than 40 years of experience representing workers who have faced injustice on the job. Contact us today at (800) 435-7542 or info@plbsh.com to schedule a consultation or to learn more about how we can help you.