Who Pays the Costs in Employment Litigation?

Who Pays the Costs in Employment Litigation?

Home » Blog » Who Pays the Costs in Employment Litigation?

If you recovery money from your employer in an employment law case, you will likely be able to recover the costs of the litigation. 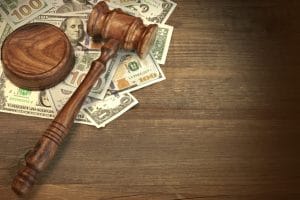 In most situations, this law is fairly simple to apply: if a plaintiff in an employment case is awarded monetary damages by a judge or a jury, the plaintiff employee can recover costs from the employer. If the plaintiff’s case is dismissed entirely, the employer can get costs.  However, many employment cases never go to trial, and are settled outside of court. In those cases, who is the prevailing party?

A recent California case illustrated the complexity of awarding costs in these cases and the importance of having a skilled employment law attorney who can make a strong case to both the trial court and the court of appeals that the employee was the prevailing party.

In 2007, Maureen deSaulles filed a lawsuit against her former employer, Community Hospital of the Monterey Peninsula, for wrongful termination. Her lawsuit listed seven different causes of action, including that the hospital did not accommodate her medical condition, that the hospital retaliated against her for asserting her rights and that the hospital breached her contract. At trial, the hospital asked the court to rule in its favor through a motion for summary judgement.  The trial court agreed with the hospital on 5 out of the 7 claims, finding that only 2 of Ms. deSaulles’ claims could proceed.  The parties then settled the remaining case for $23,500 and the case was dismissed as to those two causes of action.

Ms. deSaulles then appealed this ruling to the California Court of Appeals, which found that the trial court was wrong: because Ms. deSaulles had recovered money from the hospital, she was the prevailing party.  In 2016, the California Supreme Court agreed, finding that in cases where a defendant pays money to a plaintiff to settle a case, that is a “net monetary recovery” under California law.  As such, Ms. deSaulles was the prevailing party and was entitled to costs.  This is true even though Ms. deSaulles only won part of her claim, and the other claims were dismissed. If a plaintiff has received a “net monetary recovery,” he or she is entitled to costs.

The deSaulles case is an important case for plaintiffs in California employment cases, as it demonstrates that they will likely be entitled to costs from their employers even if they do not fully win their case.  As long as they have a net monetary recovery — through settlement or through a jury award — they will be entitled to costs.

Of course, it also shows how important it is to have skilled attorneys to draft a comprehensive settlement agreement.  Ms. deSaulles started this lawsuit in 2007, and it was finally resolved in 2016 by the California Supreme Court — nearly a decade later.  In its order, the California Supreme Court noted that parties were free to arrange the payment of costs as part of a settlement agreement.  A good employment law attorney can ensure that a settlement agreement includes a provision that discusses the payment of costs so that you can avoid this type of lengthy and costly litigation.
The deSaulles case also demonstrates the need for attorneys who are skilled at both employment law and appeals.  At PLBSH, our team of attorneys are highly experienced at both employment law cases and in handling appeals before courts of appeals, administrative tribunals and more.  We can assist you throughout your case, from the first filing to the ultimate resolution.  Contact our office today at (800) 435-7542 or info@plbsh.com to learn more about how we can assist you with your employment law case.