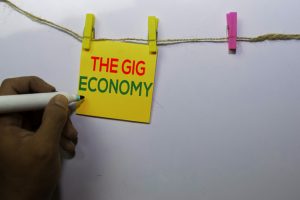 More people than ever before are employed in the so-called “gig economy.” Workers who conduct freelance work online or contract with businesses like Uber or Lyft to provide taxi services are generally classed as independent contractors, regardless of whether they work for themselves or for a company.

However, as recent lawsuits have demonstrated, they may have been incorrectly categorized, and their employers may be obligated to pay them money and other benefits as a result. Keep reading to find out more about this topic and why it matters. If you believe you have been misclassified, contact PLBSH at (800) 435-7542 for help from an employment attorney.

Employees vs. Independent Contractors: Which is Better?

There are significant differences across states in the rules that govern whether a person is considered an independent contractor or an employee. Because they are classed as employees, the employer is required to deduct income taxes, Social Security and Medicare tax as well as unemployment tax from the worker’s paycheck.

In addition, the employee may be eligible for some benefits that are available to other workers. If a worker is classified as an independent contractor, the employer is only obligated to pay him or her in accordance with the terms of their agreement – resulting in significant financial savings for the employer.

Who is an Employee and Who is a Contractor?

There are three basic principles provided by the Internal Revenue Service for determining whether a person is an independent contractor or an employee:

The advice of an employment law expert can help you determine whether or not you have a valid case if you have been working for a firm as an independent contractor and think that your position is that of an employee.

Individuals Who Work as Independent Contractors in the Gig Economy

Workers in the United States are being compensated for individual jobs by businesses in what is known as the “gig economy” at a higher rate than ever before. Employment lawsuits against several of these businesses are already being filed, alleging that they misclassified employees as independent contractors in order to avoid providing benefits and other safeguards to these workers. Some businesses, like as Uber, have reached settlements in these disputes, while others are still facing legal action.

A variety of grounds, including failure to correctly categorize people as employees, may be used to bring legal action against employers that do not treat their employees equitably. If you feel that a firm with whom you do business has wrongly classified you as an independent contractor rather than an employee, you will need the assistance of an experienced employment law attorney. Call PLBSH now at (800) 435-7542 for help.