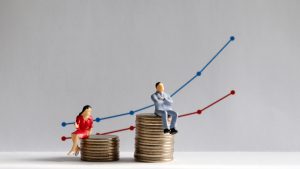 However, beginning of January 1st, 2018, California companies were prohibited from asking inquiries about previous wage, according to the adoption of California’s AB 168 (which resulted in the development of California Labor Code section 432.3).

Prior to the law’s passing, such practices as asking for previous income have come under scrutiny in recent years, as women have generally earned less than males, and depending on wage history perpetuates pay inequality. Keep reading to learn more about this issue and then contact PLBSH at (800) 435-7542 if you believe you have been the victim of sex and gender discrimination.

More than 300 female attorneys filed a massive wage discrimination complaint against Farmers Insurance in 2016. The underlying problem, according to the Los Angeles Times, was not that women were being hired at lesser salaries, though that did happen, but that male attorneys were substantially more likely to be promoted and awarded raises.

This is significant, not just for Farmers Insurance, which paid over $4 million to resolve the gender discrimination action, but also for the long-term careers of these female attorneys. Any pay discrimination that happened at one workplace is likely to follow a person around for the rest of their life if employers evaluate wage history. It makes addressing long-term wage discrimination extremely challenging.

Employers in California are usually barred from using pay history to make hiring or wage choices, according to state law. Employers are no longer allowed to inquire about an employee’s pay history, thanks to changes to the legislation that went into effect in January 2018. Employers, on the other hand, can take this information into account if the employee/applicant freely gives it. Furthermore, current and potential workers have the right to inquire about the job’s wage scale. The statute does not apply to a current employee who is applying for an internal position within the same company.

Workers in California are also protected by federal law

The federal court district covering California held that an employer cannot use “prior salary alone or in combination with other factors” as an affirmative defense to justify paying men and women differently in claims brought under the federal Equal Pay Act of 1963.

Salary history did not fit under the category of a “factor other than sex” excluded from inspection under the federal Act, according to the Court. Instead, an employer may only use “legitimate, work-related characteristics like a potential employee’s experience, educational background, skill, or recent job performance” to justify their hiring decision.

We are here to send a strong message to California employers

We believe it’s important to send a strong message to the state’s employers: You can’t use previous wage history to justify sex discrimination in compensation. Contact a skilled California employment law attorney now if you have any questions about how the law may influence your specific working scenario or feel you are being paid less than your coworkers due to your gender. You can reach PLBSH at (800) 435-7542.